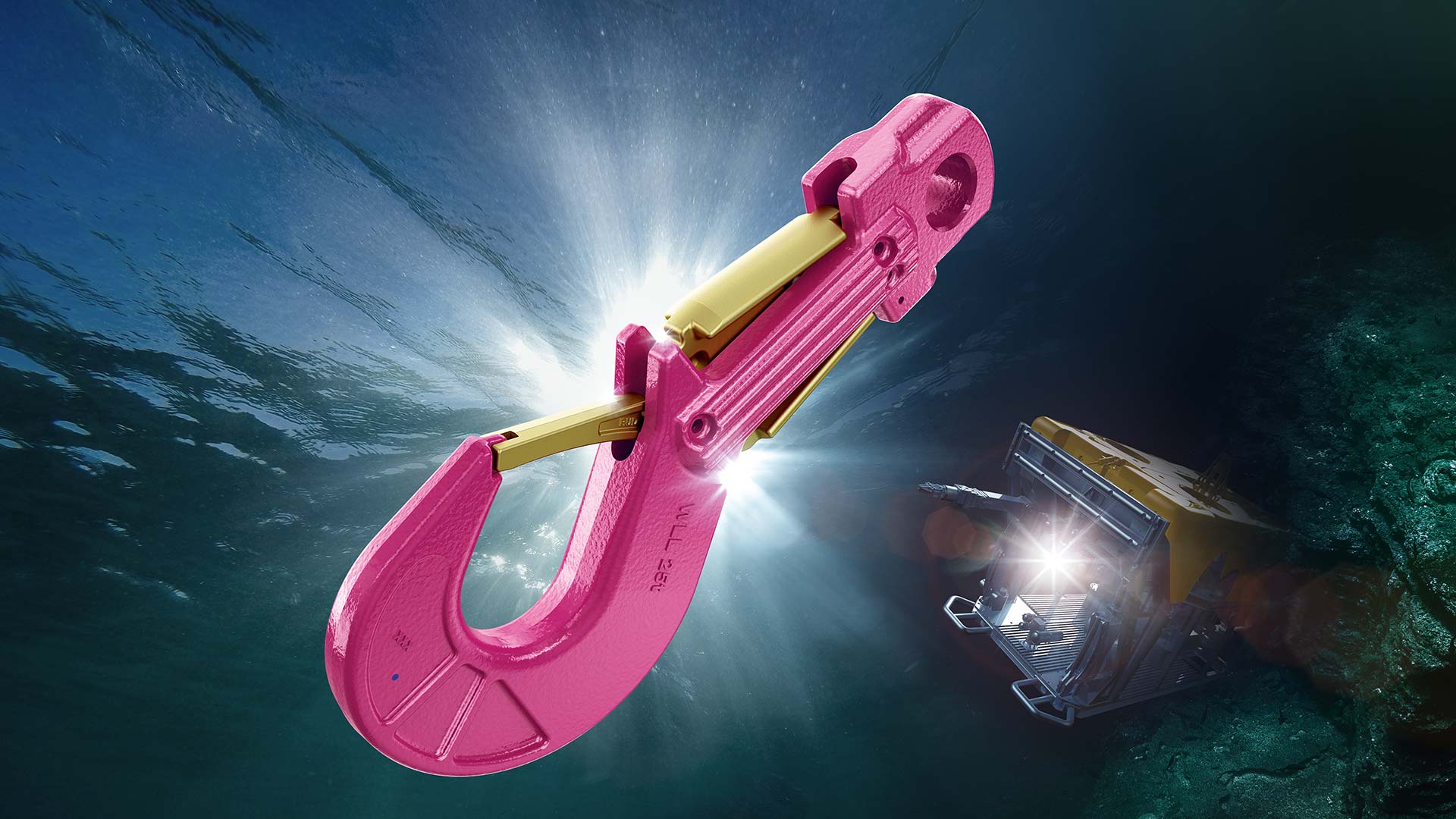 The RUD ROV Hook was designed specifically for a customer in the marine sector who was having rigging issues with their conventional ROV assisted hooks. There were two major safety issues, firstly the issue of “shedding” was a concern which meant the loss of loads as a result of unintentional opening of the hooks. Secondly, the “snagging” or accidental rigging due to protruding parts, such as an enlarged tip of the hook’s nose and also the very commonly used “monkey fist” attached to the hooks for operation.

Both issues posed major operational safety risks when working in deep waters, remotely manipulating sophisticated and expensive equipment in short time windows and due to the extremely challenging operational environment.

Due to the very specific requirements RUD had to design a completely new type of hook. The first ROV Hook which was designed was our 10t hook. The 10t hook focuses on a trigger concept, pressing the trigger opens the hook, releasing the trigger automatically closes and locks the hook. The ROV hook design eliminated shedding and snagging of loads and was received with great enthusiasm from the marine sector.

The demand and interest in the ROV Hook soon highlighted the need for a secondary locking system. The users required a hook that could turn and position loads under water safely. The result was the ROV hook being developed to offer the new twin trigger hook, which was successfully launched at Offshore Europe in 2019.

The twin trigger hook offers the ultimate safety factor to our customers ‘it is basically a two-stage securing of the hook opening / closing mechanism that works by two triggers that are engaged together. Only when pressing both triggers simultaneously -something that will never accidentally happen- the hook would open. This is what we have called “ultimate safety”. And yes, now the hook can even be deployed for connections, where shackles are typically used, e.g. turning and positioning of loads, providing a wider scope of uses in subsea, but also in topside applications’ (David Jaramillo, Business Development Manager, Marine & Offshore, RUD Ketten)

The demand for a higher working ROV hook was very relevant which is why the new twin trigger design offers a 25t working load limit. With the 10t and 25t hook RUD can now cover a wider scope of subsea lifting operations for equipment installation, maintenance and repairs, material and tooling transport under water.

The RUD ROV Hook is continually being met with great interest from the marine sector due to the many benefits it offers to our customers, on top of what has been mentioned above it offers a safety factor of 4:1, is 100% crack tested and can withstand a dynamic loading of more than 20,000 load cycles according to European Standard EN 1677.

RUD is not just a manufacturer, but a solution provider, creating products that fix a problem based on cutting edge technology and innovation. 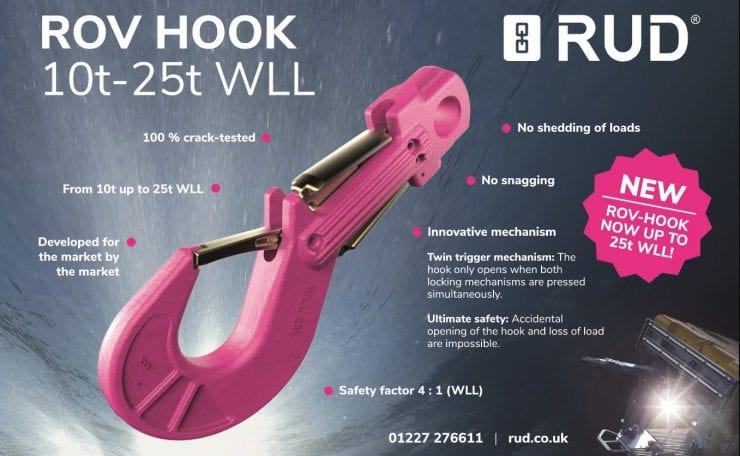 PREVIOUS NEXT
Subscribe to our Newsletter
Never miss out on our news, events, product updates and latest offers.
RUD uses cookies to give the best experience. If you continue to use our site, we will assume that you agree to the use of such cookies.  Read More.
Accept