At the beginning of 2017, the maritime division of the world’s largest crane manufacturer was awarded the contract for building the largest crane in the company’s history. With an exceptional maximum lifting height of 180 metres, it even overshoots the tip of Cologne Cathedral (157 metres).

Mounted on a ship, the giant crane will be used to perform the most challenging tasks in offshore applications. It will be deployed in the oil and gas sector as well as in wind farm installation and disassembly.

The design of the crane was a monumental task for the engineers. The crane was designed to lift a load of approximately 5,000 tonnes at an operating radius of more than 30 metres. The boom length is 160 metres. An additional crane with a load capacity of up to 1,600 tonnes, had to be specially developed for this project. With a height of 168 metres, it is not much shorter than its big brother. The individual assemblies for this crane weigh more than 300 tonnes and have to be turned through both axes during manufacturing.

Not a lightweight challenge for RUD’s engineers in any sense of the word but a challenge we knew we could deliver on.

The solution was the use of our RUD WBPG SL 250 tonne Load Ring. This heavy-lift lifting point weighs around 850 kg, which is why it had to be fitted with its own lifting points for assembly purposes.

The greatest lifting challenges were presented by the asymmetrical shape of some of the large components and the need to attach lifting points at heights of up to 20 metres. Amongst other things, special adapter plates were produced to ensure that the assemblies could be lifted safely. And for the vertical assembly of the lifting points, complete with necessary adapters, special lifting chain slings were constructed. These were fitted with finely adjustable length adapters to allow precise alignment of the lifting points.

The first four load rings were delivered in February 2018, just a few months after the order was placed in November 2017. In addition to the Grade 10.9 M 48 x 160 bolts included in the supply, a further 48 bolts of the type M 48 x 300 with collar nuts were also passed on to the customer.

A milestone in the history of RUD lifting points

The first lifting operation to be carried out with the strongest ball-bearing lifting points that RUD Ketten has ever made took place on 15 March 2018. The load weighed 170 tonnes. For all of the RUD team members involved, this was a great moment. The idea of creating a lifting point that could meet such exacting requirements and would be an unforgettable innovation had been floating around for years. Until now, however, there had been no demand from the market. By putting this extraordinary project into action and creating the necessary product, a new milestone has now been set in the history of RUD lifting points.

Subsequent lifting operations involved lifting loads of up to 300 tonnes. The unavoidable conundrums such as bolts, which became difficult to move here due to extreme forces and a tightening torque of 6,000 Nm, are often where the inventive skills of a supplier really come to the fore. Here too, with creativity and perseverance, the RUD specialists found unconventional solutions.

The WBPG SL 250t Load Ring impressed the customer not only with its incredibly high load capacity, but also with its design. A follow-up order for four more WBPG SL 250t has already been placed and enquiries regarding WBPG 85t and WBPG 100t have also been received. 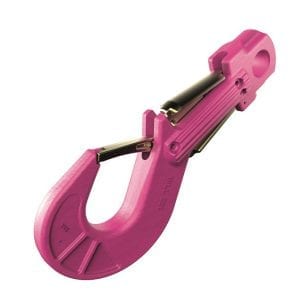 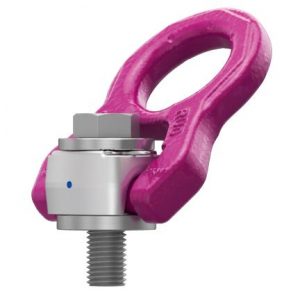 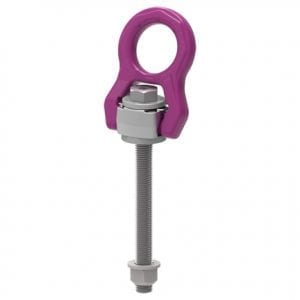 Need technical support or advice?
Our RUD experts provide ongoing customer support, product & project advice for all products and solutions.
TALK TO A RUD EXPERT
RUD uses cookies to give the best experience. If you continue to use our site, we will assume that you agree to the use of such cookies.  Read More.
Accept